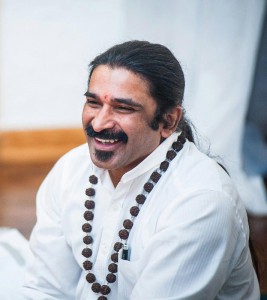 Aji Reiki Master: I’m blessed to be born in the Bharata yoga bhoomi. My parents are my first great teachers, who showed me the light of Sanatana-dharma scripts and Vedas. I’m an engineer by profession and have worked in several construction projects as project manager. During my job, I became interested in natural healing arts to get instant stress relief from the job. The same lead me to grow the desire to explore more & more beyond physical realms.

I have entered to the world of Reiki with the blessed initiation of Reiki Grand Master Mr: Muhammed Puthuppady, Kerala. It’s helped me to enhance my consciousness and to evolve spiritually. I continued studying with many spiritual teachers, in India well as in Tibetan Guru Tromtok Rimpoche from the Tibetan institute of Buddhist studies in the Himalayas, apart of healing work with Tibetan Buddhist system.

It’s a pleasure for me to help people through Reiki in pure Usui system from Japan. I do practice, Tantric yoga for the last 17 years which I learned from South Indian mystics. I am very much love the time I spend in different Asrams to study in Vedanta ,Yantra Sastra and Yajna (fire ritual).

It’s very fortunate for me to have the opportunity to get ” Upadesa” on Atma Vidhya from Mata Amritanandamayi Devi in 2007 from France. After that I went to study HataYoga with Swami Bhooma Chaitanya & earned International yoga alliance certificate to teach yoga in Sivanandha Tradition. I have met Vedanta and spiritual scholars such as Swami Prabhod Chaitanya & Yogeshananda Saraswati and the same guided me to find a good inner vision about the purpose of life.

As a part of my career as an engineer, I had to live in a forest for about two years during a reservoir project. During that time I met some yogis and learned proper Ayurveda basics from them with Swamy Khorak Nath and the practice of Bhrahma Vidhya from Atmanandha Theerthapadar – who belongs to the lineage of Sage Agasthya .During my travel in the Himalayas I meet with 145 year old Maha Tapasi Visudhanandaji, went to his sacred place to meditate with him and received special blessings from the Mahatma.

Later, I resigned from the job & ever since am leading my life sharing joy and knowledge to those who need it. Life is meaningful when we open to the universe then all is done by itself, and one more thing” Always Trust in the Teacher and blessings from the Teachers heart is the best nutrition for life to grow” .

With the blessings of my teachers and parampara, I’m successfully running seminars and retreats to make people happy all over. I like to smile and love to make others smile. I’m able to find happiness even in the so called sad moments. Thank you for reading this biography may the inner light shine on you.

Swami Prabodh Chaithanya is a Yoga-Vedanta teacher, who also holds a masters degree in English literature, besides his traditional studies in Sanskrit under his teacher H.H Swami Bodhananda Saraswathi of the Chinmaya Mission. He also took his Bramacharya initiation from H.H Swami Chinmayanandaji, the founder of Chinmaya Mission. After his initiation Prabodh Chaithanya furthered his studies of the Upanishads, Bhagavad Gita and Brahmasutra (aphorisms) under the guidance of H.H Swami Dayananada Saraswathi of Arsha Vidya Gurukulam.

Since completing his traditional studies in Yoga and Vedanta under these great teachers, Prabodhji has been lived and taught in Rishikesh and Varanasi for several Years. He is the co-ordinator of an orphanage run by AIM for seva and lives in Harippad, Alappuzha Dist in Kerala state, India. 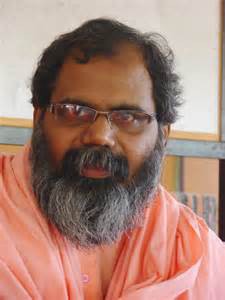 Swami Muktananda Yati was born in 1967 at Kundaliyur near Guruvayur in Kerala. He was a thirsty seeker of spiritual liberation from childhood. He would leave home during school days and wander here and there in search of peace in heart. Even while this disturbed wandering, he continued his study interruptedly. He was averse to the prevailing educational system. And yet he obtained post graduation and later started off as a journalist. At this time, his quest to embrace the divine presence of a Guru became so intense; and he abandoned the worldly career and life. Like a divine grace Guru Nitya Chaitanya Yati appeared before him as a sad-guru. He accepted discipleship of Guru Nitya Chaithanyati and joined Narayana Gurukula in 1993 as per Guru’s wish. He had the fortune and destiny to live with Guru in his service at Gurukula. While living with Guru, a timeless experience permeated his inner being, an ever-lasting spring of love was blossomed in his heart. He started ‘One-World Communion’ at Ernakulam to strengthen the world unity. Presently he transmits spiritual wisdom to the thirsty hearts in order to make aware  of one-world living, one-world education, one world spirituality and one world humanism 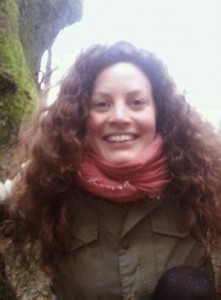 Torunn Avelsgaard Lien is a yoga instructor from Norway. She is educated in India at Vidya Yoga School of yoga teachers at Himachal pradesh and Risikesh Yog Peeth in Rishikesh. She has studied Reiki with Acharya Sankaran Aji and got the Reiki Master healer and Teacher certificate in 2015. She is now studying medicine at the university in Oslo, at the same time as she is running the yoga/meditation/chi gong center  ”Openings” in Oslo, where she teaches Yoga and works with Reiki, sound healing and other energy medicines.

Reikiyogam Retreat
I attended the Reikiyogam retreat in Varkala in January 2016. I was completely new to Reiki and I left the retreat with a very in depth understanding of Reiki and its applications as well as the confidence to give effective healing to others. I received my initial attunement the first day, with the additional attunements over the following few days. I had the opportunity to practise self-healing and healing on others every day of this course, starting from the second day. This helped solidify th…

Laughed out loud with Joy
Aji, thank you for your presence, your energy and your teaching. This was a powerful and wonderful experience. Today during the attunement session, I had beautiful vision of the chakras  colour illuminating up and down, Towards the end.you did something with your hands and I felt the divine mother enter me-my mooladhara chakra ahook and then I almost laughed out loud with Joy.Thank you Thanks Reiki.

Thank you so much for the course

Thank you so much for the course ! It was really relaxed and Reiki Master Aji was really friendly and funny. I learned a lot and really enjoyed practicing, I’m excited to continue my Reiki practice and learning

Amazing experience
Amazing experience… We took the yoga and Reiki course during trekking and camping, and it was very special.The atmosphere, the energy of the nature and the top of all the teacher Aji. We had a very deep and strong experience that definitely we will cherish for ever . Aji thank you very much for your ability to give so much, for be there for us and most of all who you are.!. .

Very good experience, and very interesting class, I learned a lot of things and it was an opening to me a lot of opportunities about spirituality and learning thank you so much Masters ,! AJI & Ashley

I did my Reiki level 1 course with Aji at the Himalaya spiritual centre and I really enjoyed it. Master Aji is such a great teacher and is so open and friendly! I learned so much in two days! I would highly recommend his course. 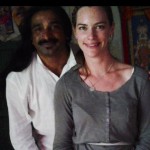 I warmly recommend Reiki
“I warmly recommend Reiki Grand Master Dr Aji Kumar in Munnar, South India, due to his honest, respectful and empathic approach as a teacher with a lot of warmth and humour. When you first see him, you will experience how he radiates peace and compassion. With his extensive knowledge and experience in teaching and healing according to the traditional Usui System, Aji will make sure to attune you and thereby connect you to the natural healing source. The feedback from him is great and constr…

Relaxed me
During initiation, I felt softness and relaxation in my shoulders. My body was like an ocean with waves. Now feel like I can smile with my whole face not just mouth!! My head become more relaxed

Feel full of love and peace
This Reiki course with Aji is the most beautiful and amazing practice I have ever  done, after yoga. I feel full of love and peace. During the Initiation through Master Aji, I saw Buddha in a prayer poster as golden colour as me. I felt energy at top of my head like vibrating,opening or something like that. I feel like cry again for this magic gift God gives me… Thank you Master Aji you helped me so much!

Recharging my body
I feel like my body is surround by warm wind that try to get onside, some of that got inside and it feel like my body become stronger and the energy was like a shield. In the places that I touches it was feel like recharging of the body. Daniel Israel.